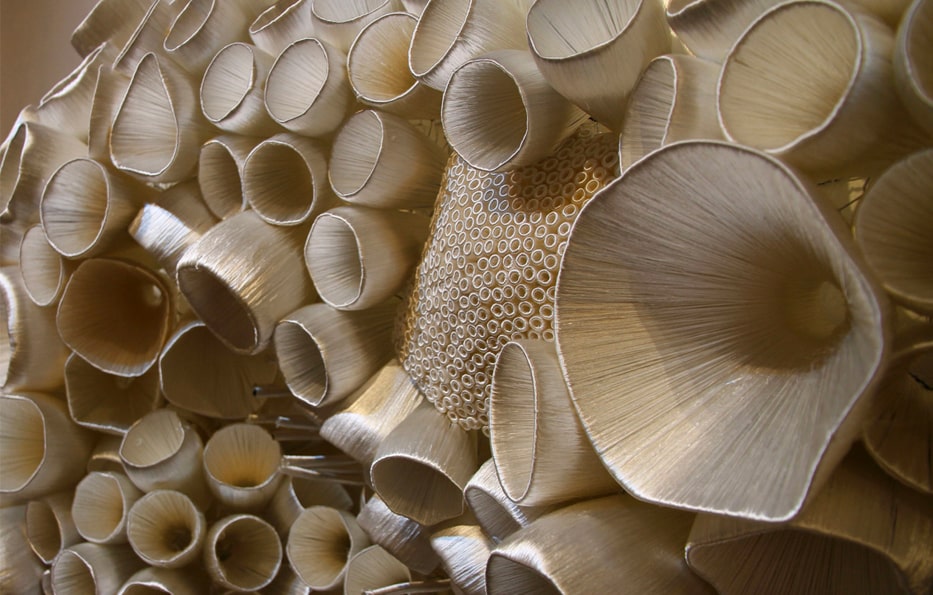 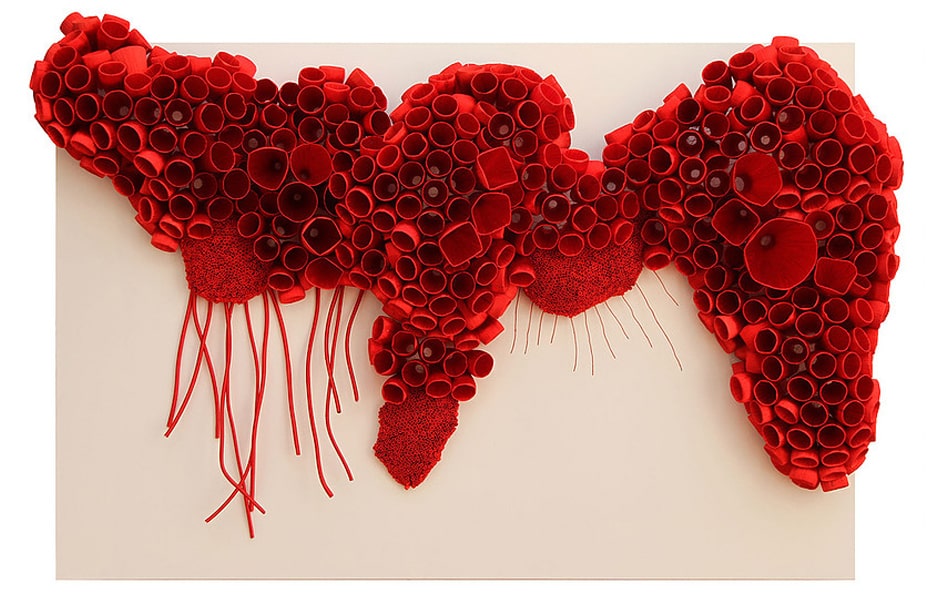 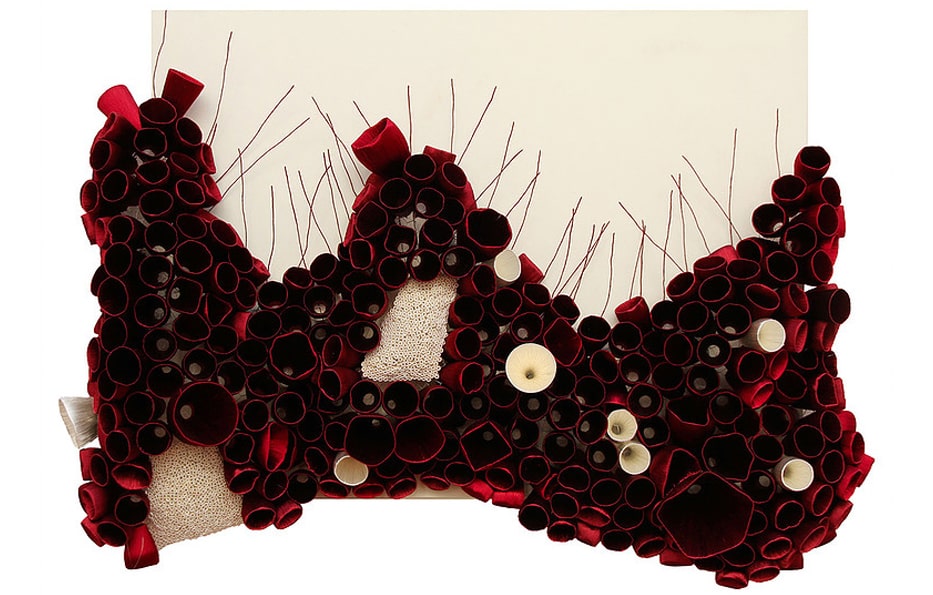 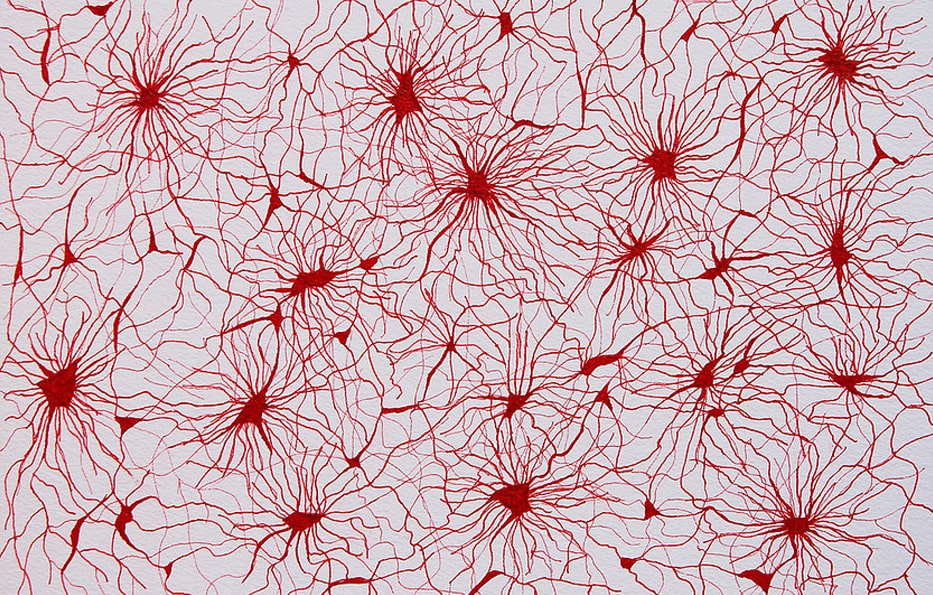 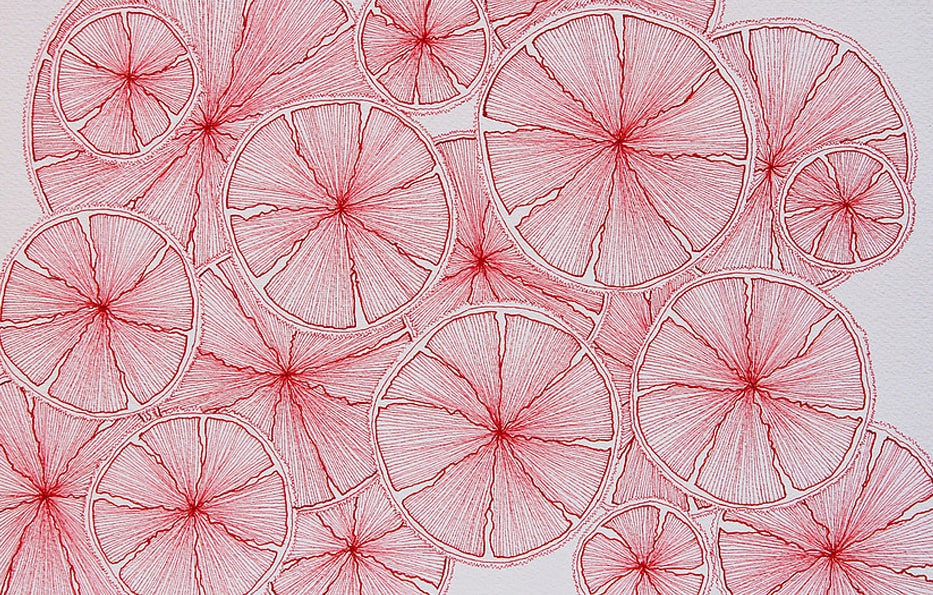 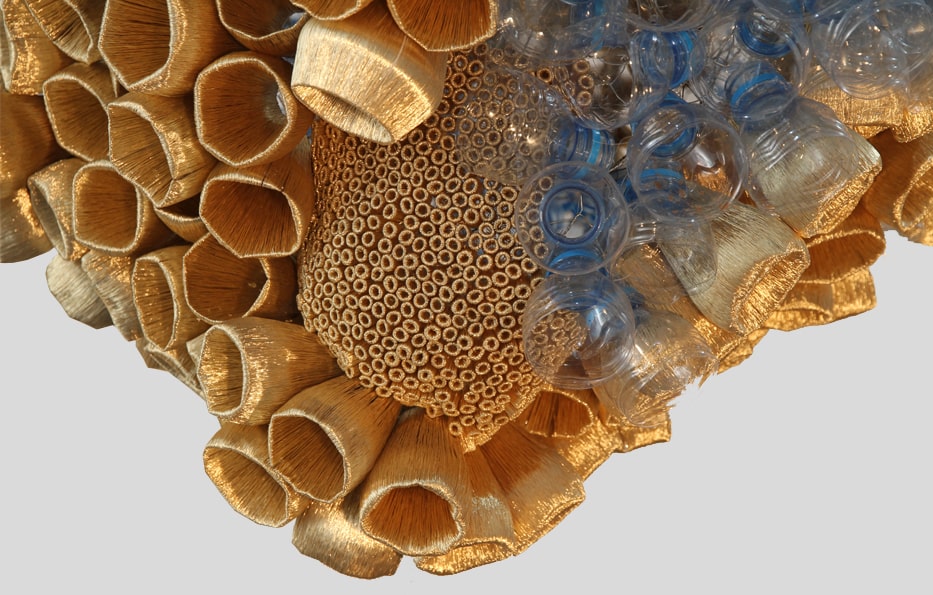 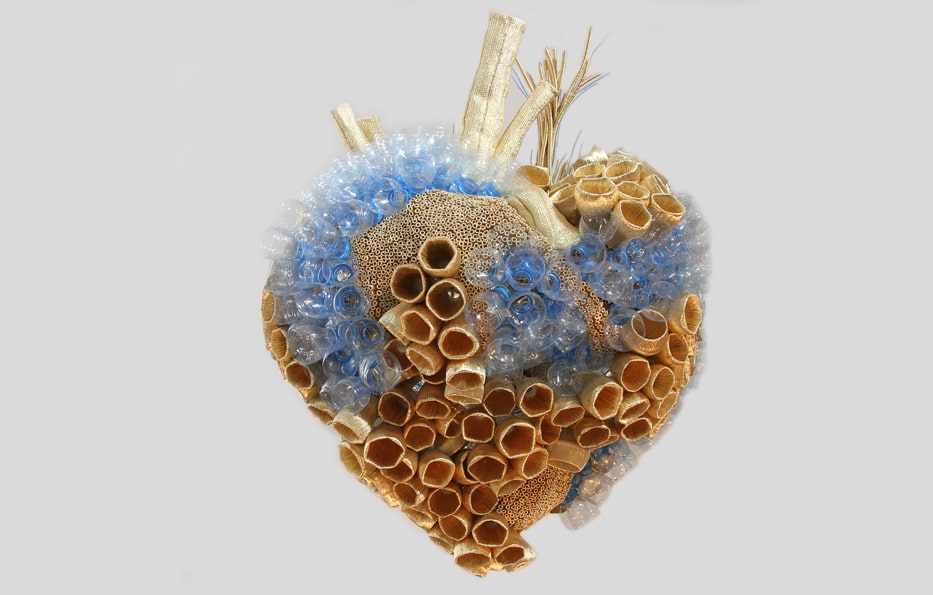 Ghizlane Sahli, explorer of the material, its texture, its universality.

Born in 1973 in Meknes, it is the city of Marrakech, which Ghizlane Sahli chose to move to.

From architecture to contemporary art

After a long path that led her from architecture to creating  embroidered children’s clothes, she found her way by devoting herself to pure artistic creation, first with a collective, then solo.

The trigger came from the realization of a dress made from waste (trash bags, cans, plastic bottles) for Marrakech Mag. With her sister and two friends photographers, she formed the collective Zbel Manifesto, which performed at the 2014 Marrakech Biennale with the installation “Pimp my garbage” entirely made from waste. They then participate in the inaugural exhibition of the Mohammed VI Museum of Rabat and the Marrakech 1-54 Art Fair of 2018 at the MACAAL (Museum of Contemporary African Art in Al Maaden).

From waste to cells

At the same time, Ghizlane explores the transformation of material and gives it meaning through installations that she produces with the help of embroiderers. She collects plastic water bottles and covers them with silk threads to make alveoli, three-dimensional embroidery, which cling to the metal mesh that forms the matrix of the work. The cells accumulate and unfold organically and perfectly randomly. They thus form parts of life, which vibrate to the rhythm of the energy released through diversified and regenerated waste,  and constitute a unique new form. Ghizlane is in pure emotion, and likes to imagine that these alveoli represent cells that form a living and organic matter.

Her works have been very much acclaimed at the Marrakech 1-54 African Art Fair of 2018 and exhibited in many European countries ever since. At MUCEM in Marseille, again in 2018, she presented “Le Passager” as part of an exhibition dedicated to gold.

An animal: A Jellyfish (I am in my Blue period)

A plant: An Orchid

One color: The Red (Forever, even though I’m in my blue period)

An object: A Souvenir Box or a Samovar

A work by artists: Danse de Matisse or Nafea Faa Ipoipo? of Gauguin

A place in Marrakech: The Mellah

A treat: A Paris-Brest or Tripe in all its sauces

One cause: Abuse in general and in particular

Back to the artists page
1 of 7